You may be losing a lot of money by following what you think saves you energy. In this century, everyone wants to save energy in all areas including the residential and commercial buildings. Cutting down on utility bills is one of the best ways to keep a healthy savings kitty. Perhaps that's why so many myths and misconceptions have popped up. Everyone is trying to cut their bills at all costs making them susceptible to any wave of a rumour. Unfortunately, some of these myths may be doing more harm than good. Here are some of the major few.

It's All About the R-Value When Insulating

Yes, the R-value is a particularly good measure of how good your insulation is. It shows the thermal resistance of an insulating product and the higher it is the better. However, there's a lot more to pay attention to than the R-value. Don't just go for a material with a higher value and think you've done your part. They type of material also maters because they have different properties.  Fiberglass, for instance, does a better job at keeping hot air in than cold air out.

The installation matters even more. You need to ensure that the right insulation service providers handle the job. Any presence of cracks or damaged seals during the process would render your insulators useless. So only DIY it if you know exactly what you're doing.

Here's another classic. Some people believe that having one part of the home insulated causes the heat to move out of another. This is terribly false and no heat loss would be accelerated out the windows if the ceiling is insulated. In fact, if you're living in an old home and don't want to use a lot of finances insulating your home, it's advisable to work exclusively on the ceiling and leave out the side walls. Heat normally rises up like smoke from a chimney, so insulating the attic and ceiling would be a much better investment.

In a modern home, the air pressure is taken into consideration when designing the house. It's normally balanced throughout the house. Closing off vents won't really work in your favour. It'll negatively affect how the system uses the air and may cause it to work extra hard. Besides, closing off vents in other rooms will make them colder, and they'll draw warmth from the rest of the rooms. That will in turn make the place cooler and cause you to raise the thermostat. You'd better just let the heat move freely around the house. 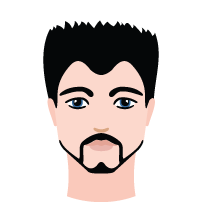 If you are hiring a commercial contractor or construction crew, you need to look at the issue differently than you would if you were hiring a construction crew or contractor to work on your private residence. Hi, my name is Howard, and I have worked with construction crews on restaurants, apartment blocks and a range of other commercial projects. Now, I want to share what I have learned, and I hope that the info in this blog can help you with your project. Please, look at my posts, and if they inspire or help you, please share them with your friends. Thanks for reading!